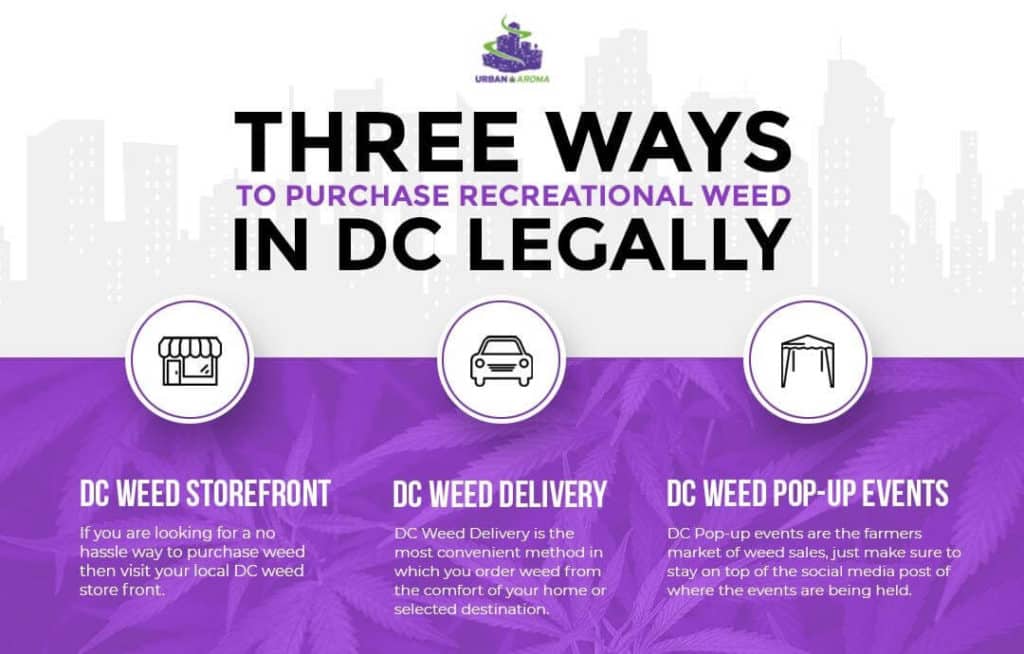 Despite overwhelming support, the status of marijuana is still contentious across the US. New York and New Jersey have both struggled with legalizing weed, even with voter support.

What about Washington, DC? Almost five years after Initiative 71 passed with a landslide, people are still asking, “Is weed legal in DC?”

The simple answer is yes. There’s a lot more nuance to the law than that though, so read on to make sure you don’t get caught up in a tangle of legal red tape.

Is Weed Legal in DC?

As mentioned, the short answer to the question is yes, weed is legal in DC. Initiative 71 proposed letting adults over the age of 21 have up to two ounces of marijuana.

One of the first major issues is that while it’s legal to have marijuana, it’s not legal to buy it anywhere in the District. So how do people get weed if no one can legally sell it to you?

The marijuana laws in DC have a clever workaround for this issue. While no one can sell you marijuana, adults over the age of 21 can give each other up to one ounce of marijuana.

This has led to a situation where vendors offer “free” marijuana as a “gift” with the purchase of another good. Some examples have included stickers, raffle tickets, and motivational speeches. Clandestine pop-up markets are popular places for such exchanges.

If you are more of a homebody or prefer convenience then delivery is right for you. You can place an order with our delivery service without a medical card.

Whether you are from Virginia, Maryland, North Carolina, Pennsylvania or any other state you are welcome to come to DC, explore and try some of the best cannabis the city has to offer. 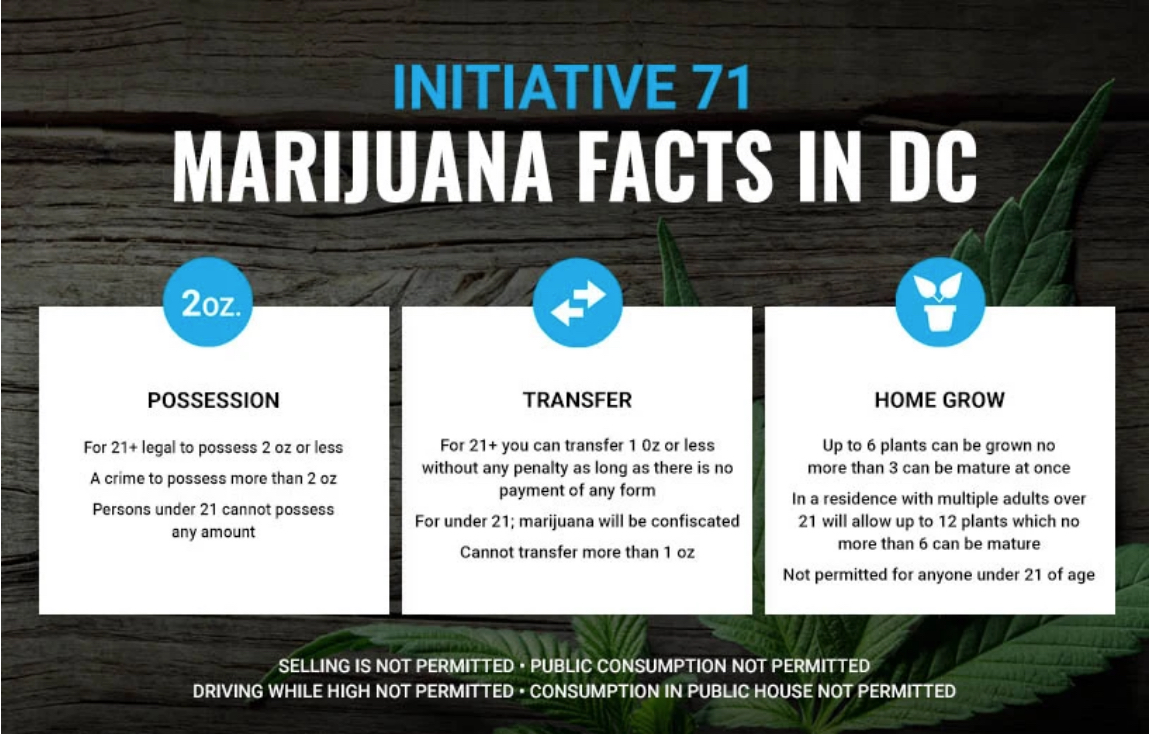 People can still be arrested for crimes related to marijuana. It’s one of the reasons people are still asking, “Is marijuana legal in DC?”

There’s also the issue of public consumption. DC allows people to use marijuana on private property, such as in your own home. Use in a public space, such as a park, is a criminal act.

Then there’s the issue of federal law. Marijuana is illegal at the federal level. As such, federal authorities in DC can still arrest people for possession of any amount or use on federal lands.

Federal lands make up a good chunk of DC’s area, so it’s not exactly difficult to be in violation of the federal law.